M2, which will be held soon in May 2022, may still make a lot of people confused about the format. The info that many people still know is that this is a group stage which will enter the next round. But there is an explanation for the M2 Mobile Legends format which can certainly be useful for competition fans.

Now, it seems that official information about Mobile Legends has appeared regarding the format used in M2. It’s actually quite simple, it’s just that the explanation of them is quite complicated because they are complicated. So here we will summarize so that you are no longer confused about how the format is used.

Initially, it used a group format which later will be continued to a different format. Mobile Legends says this is a playoff format, but the playoff itself is not a format, but the name of the session that will be entered. This playoff will be filled by the teams who pass the groupstage.

Here, let’s discuss the M2 Mobile Legends format that M2 will officially use later. We will make it as easy to understand as possible for you. This is also to make it easier for new viewers who may be interested in watching M2 later. M2 this time will start on May 18th and end on May 24th. Initially for 2 days from May 18-20 will use the group stage format with the usual format. Each team in a group will compete and get a chance against each other.

Each team will try to win the group to enter the winner bracket, which we will discuss the benefits. In addition, to avoid phase 2, which is very risky to be eliminated from M2. 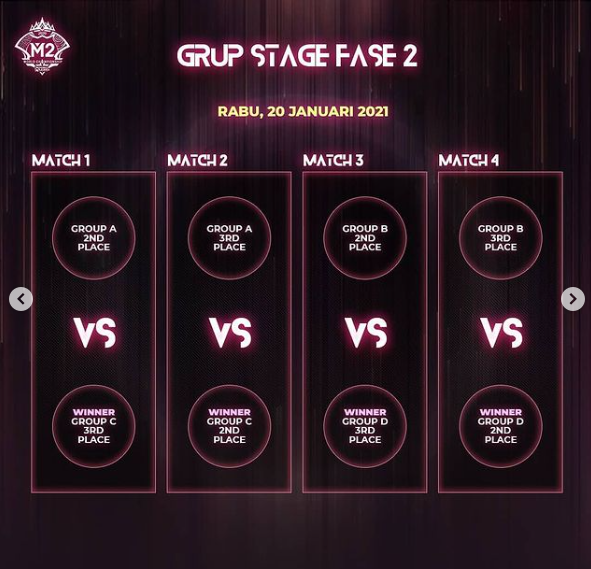 After phase 2 is complete, it will proceed to the playoffs using double elimination with the predetermined seeds depending on the match in phase 1 and phase 2. The advantage of entering the winner bracket is that they still have a second chance if they lose there and go down to the loser bracket. 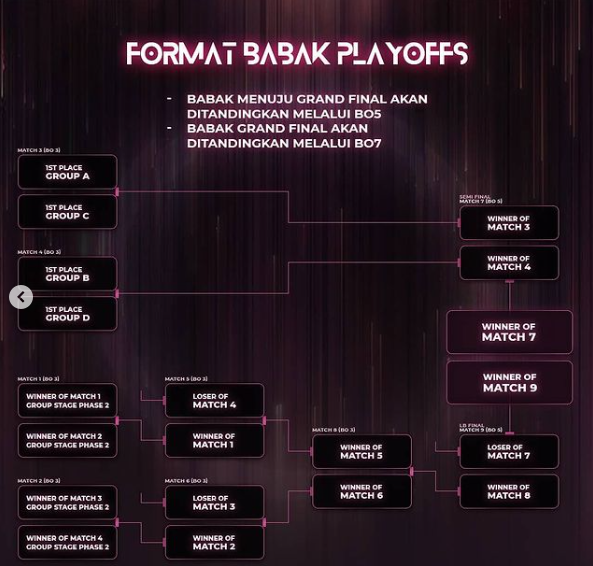 That’s the M2 Mobile Legends format that you can understand. In short group stage -> double elimination. The finals bring together the winner of the winner bracket and loser bracket on 24 May.