Moonton as the developer of the Mobile Legends game will never give the best performance for the game. This is also so that the players don’t feel bored with that one – that’s all.

On this day too, Mobile Legends has undergone a new change in the Battlefield, but not everything in it has changed like the one in the Advanced Server.

Like Blue or Purple Buff and also various kinds of jungle monsters that are still the same, but the buff effect has changed. This update has not yet fully entered and is expected to be present in all next year.

In this discussion, we will provide information about 7 New Monsters and Changes to the Battlefield Mobile Legends that will be present in the Original game server. Not only that, Lord and Turtle also changed.

Curious? Immediately, we see the explanation in the article below. 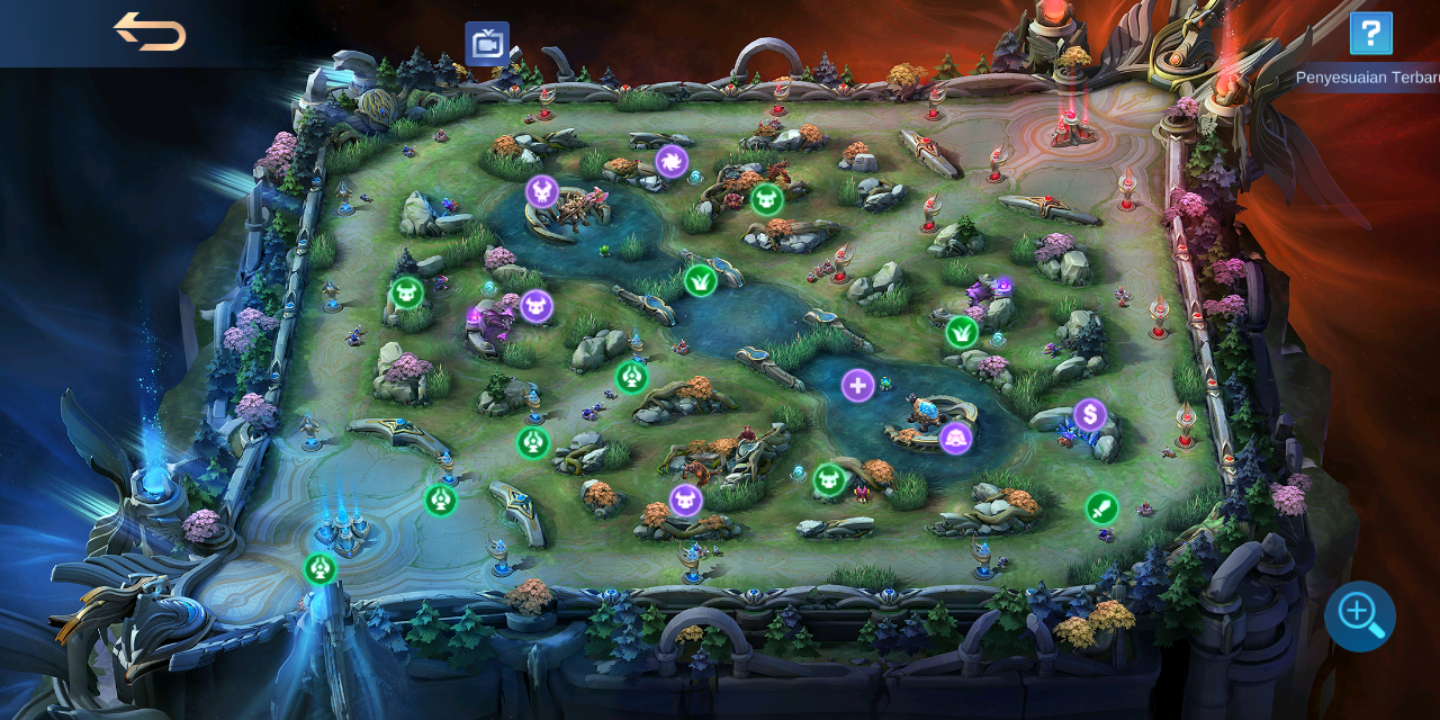 In this change, the map in the Mobile Legends game will look more HD and have a cooler 3D appearance. Then for the location of the Turret and Jungle, it is still the same as before. For the green logo, it is Turret, Minion and Jungle Monster, Purple for Buff and the Dollar Logo for klomang. 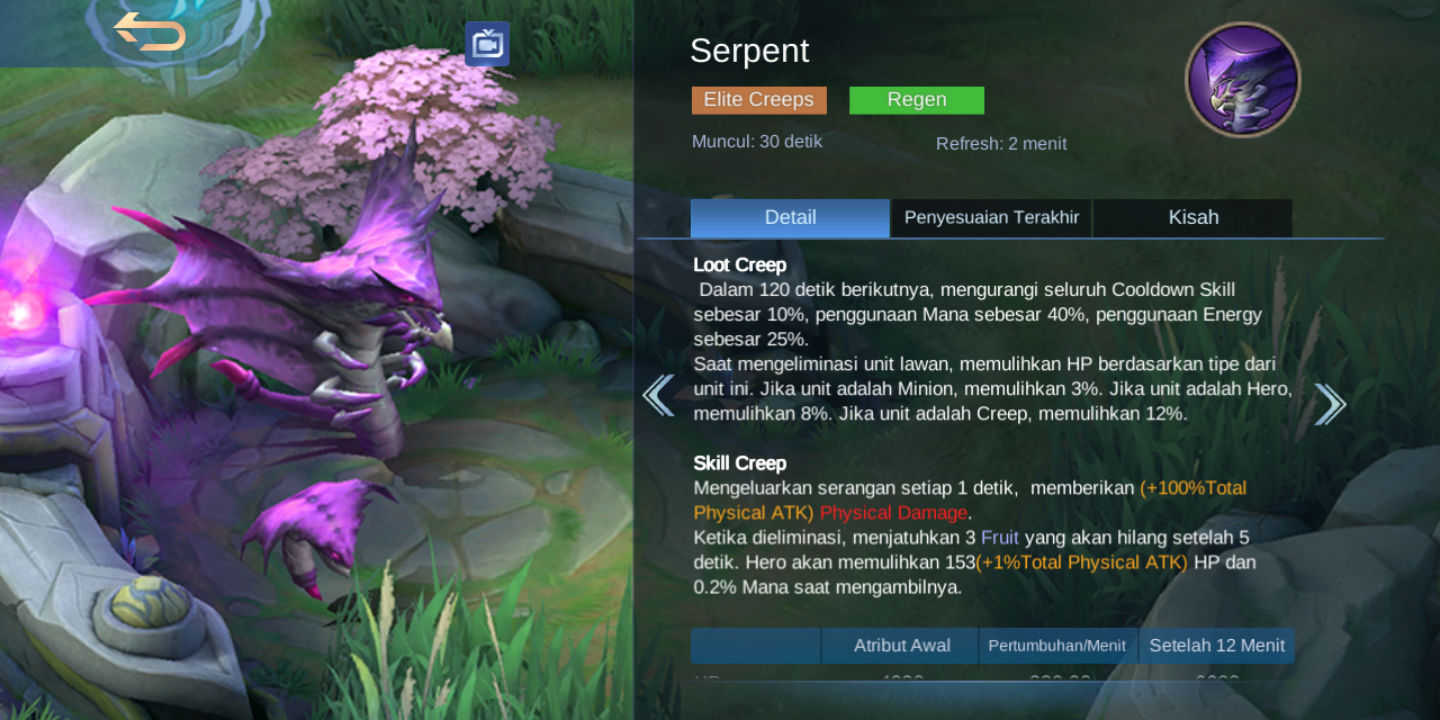 Previously, this monster had a round body shape, but in this update, the monster’s appearance has changed to look more like a lizard. Pretty cool look and is a Purple / Blue Buff. 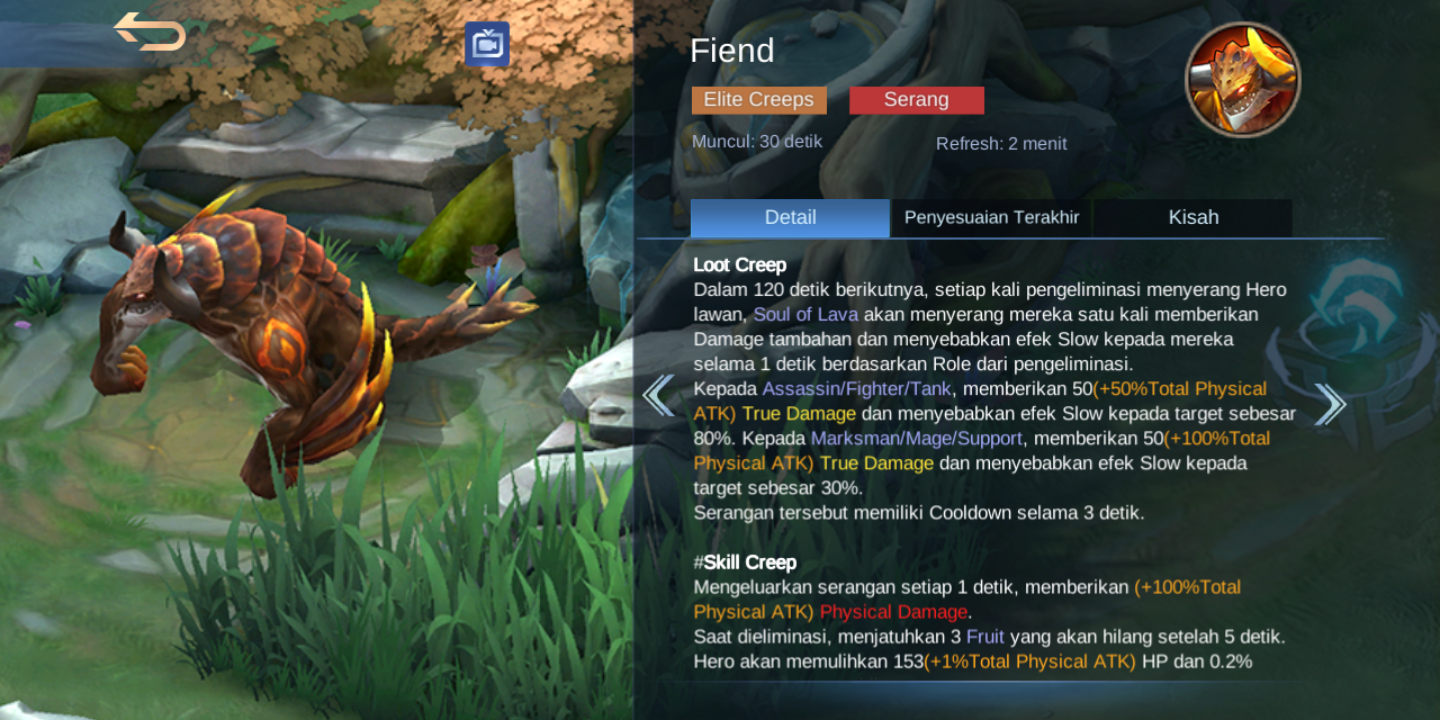 ML’s newest jungle change, this monster used to be round, with white. But in this update, he finally turned into a giant red monster with a cooler appearance than before. This buff will later be used for Red Buff. 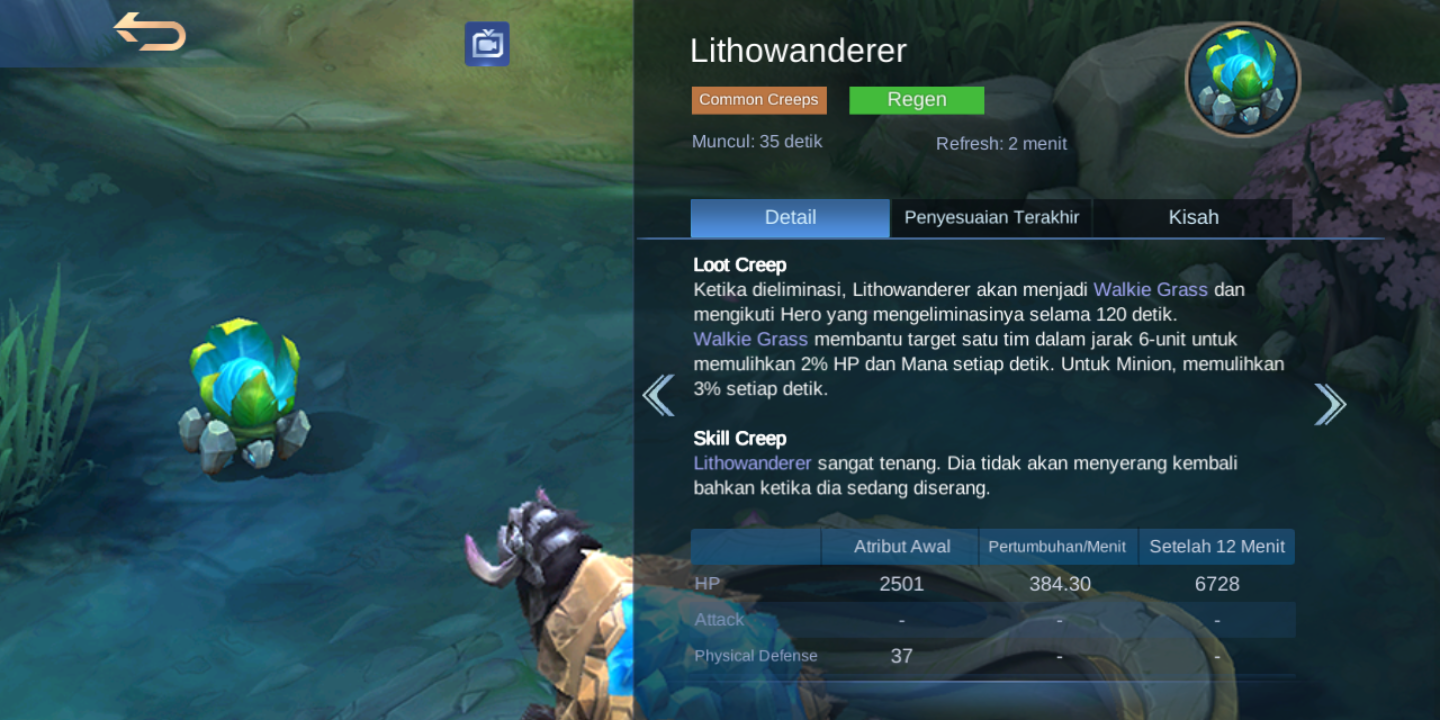 In this update, there is also a new monster that can add your cellphone. The location of this one monster is near the Lord and Turtle Place. 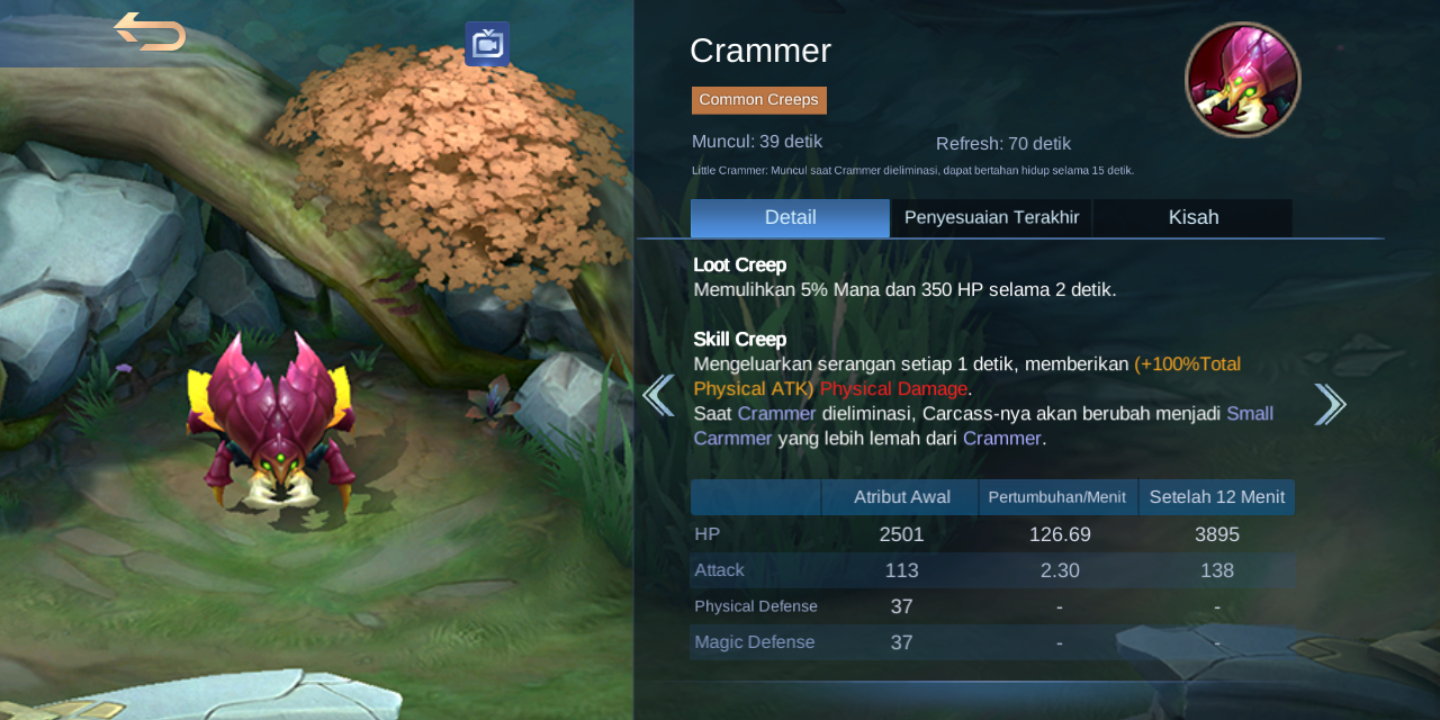 This is a Green Monster, we also certainly know that this one monster is rarely taken by players under Epic. The appearance of this monster has changed slightly. This monster is one of the contested monsters besides Buff, because this monster will give an additional Gold in a few seconds for those who kill it. This hermit crab produces quite a lot of gold and is more popular than the Crammer. 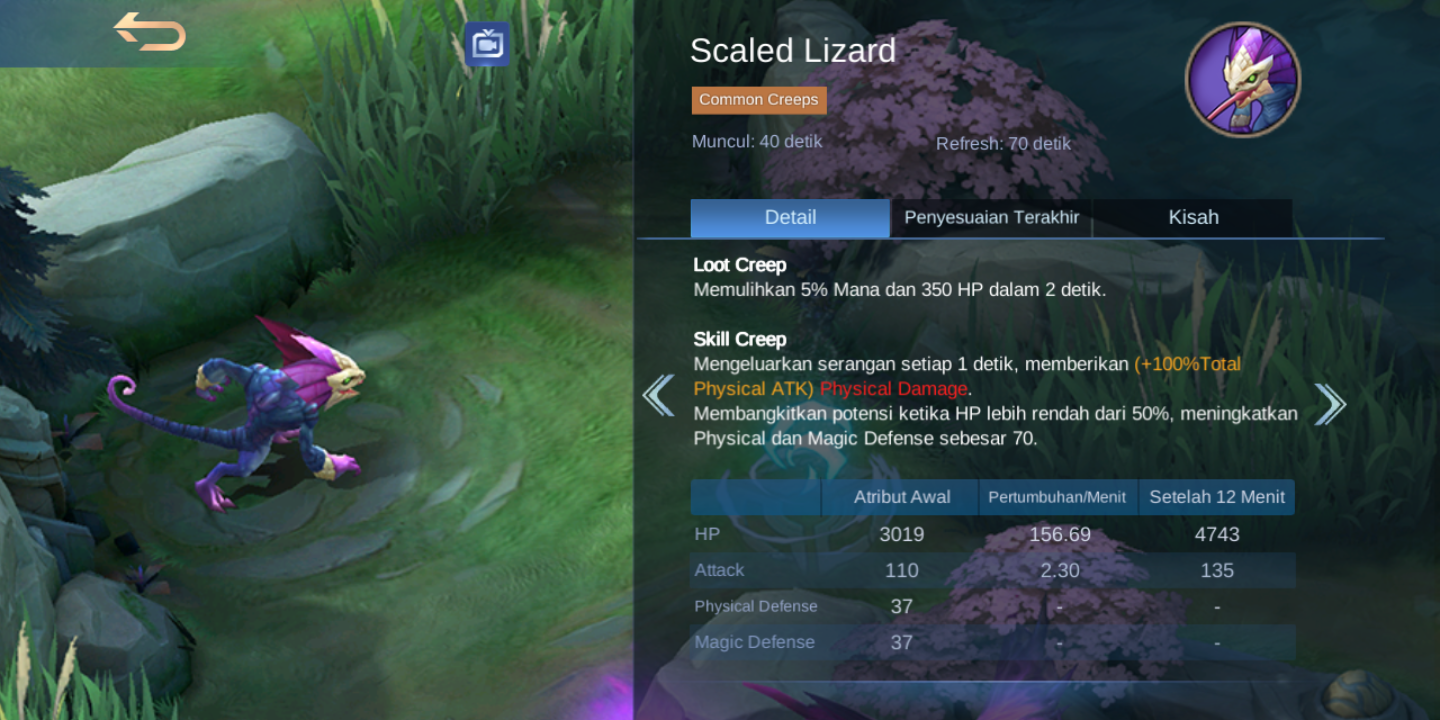 For a change from this one monster is more dominant like a lizard. This monster used to be a monster that would throw a spear at the person who injured it. This buff is almost the same as Crammer. Just like Buff Crammer and Scalled Lizard, for this Buff the difference only gives a little healing effect to the person who killed it. Buff’s appearance also underwent a change that made him look like a fierce Brown Bear. 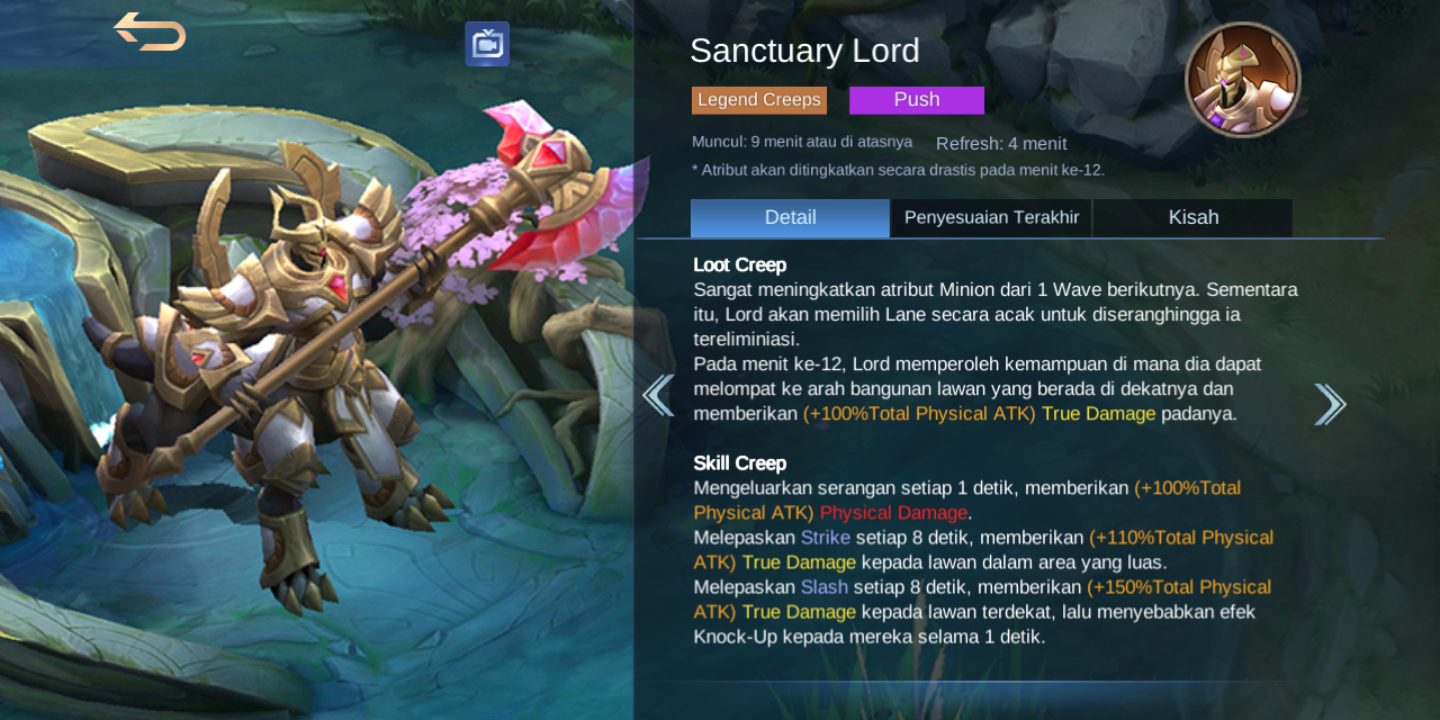 In this update, Lord has undergone a very good change and has become even bigger than before. Lord has the appearance of Hylos and is probably even stronger than before. 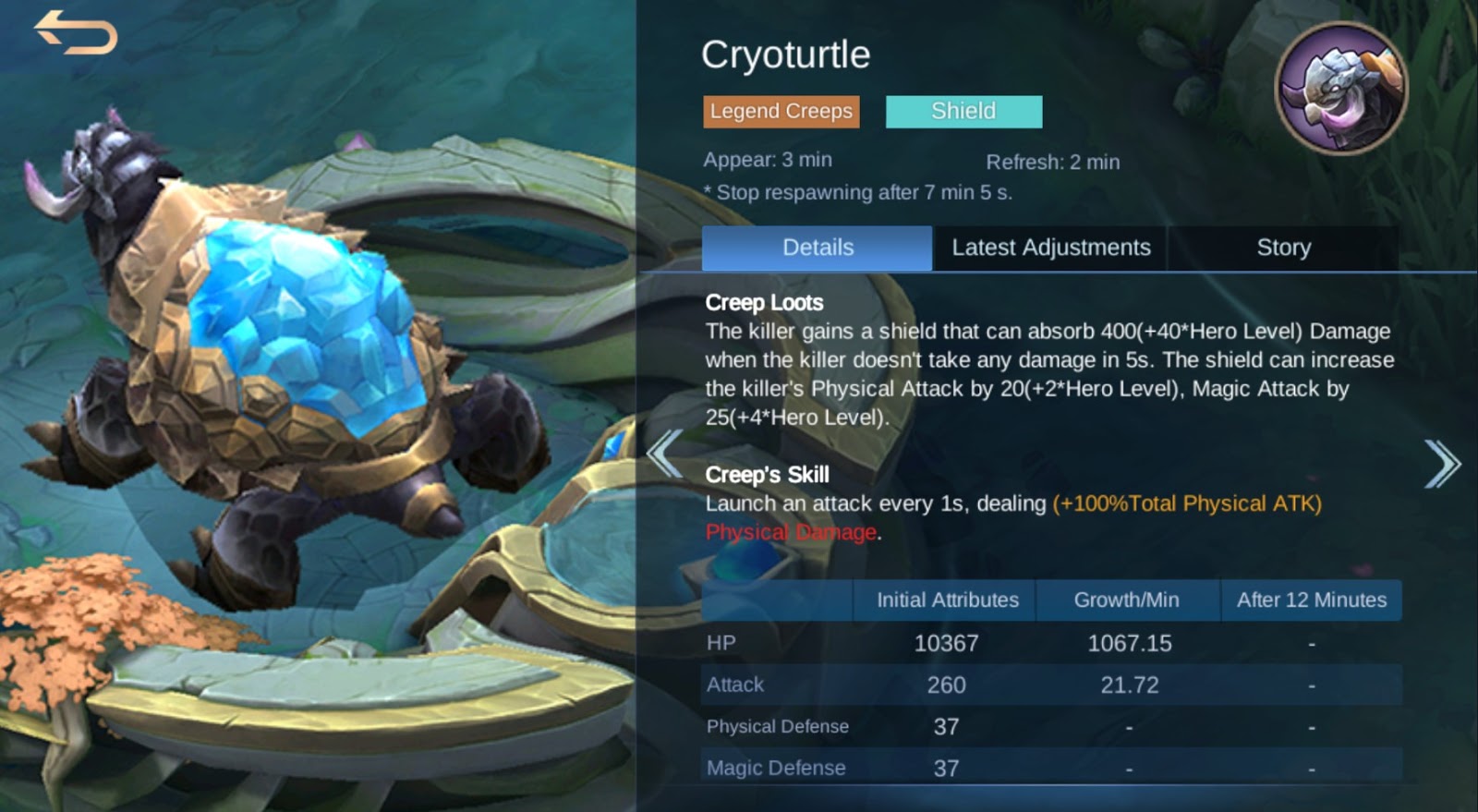 Another ML’s latest jungle change occurs in this new Turtle model to be cooler than before, this Monster is also getting stronger than before. So you must have at least 1 attack item that is useful for killing Turtle alone. 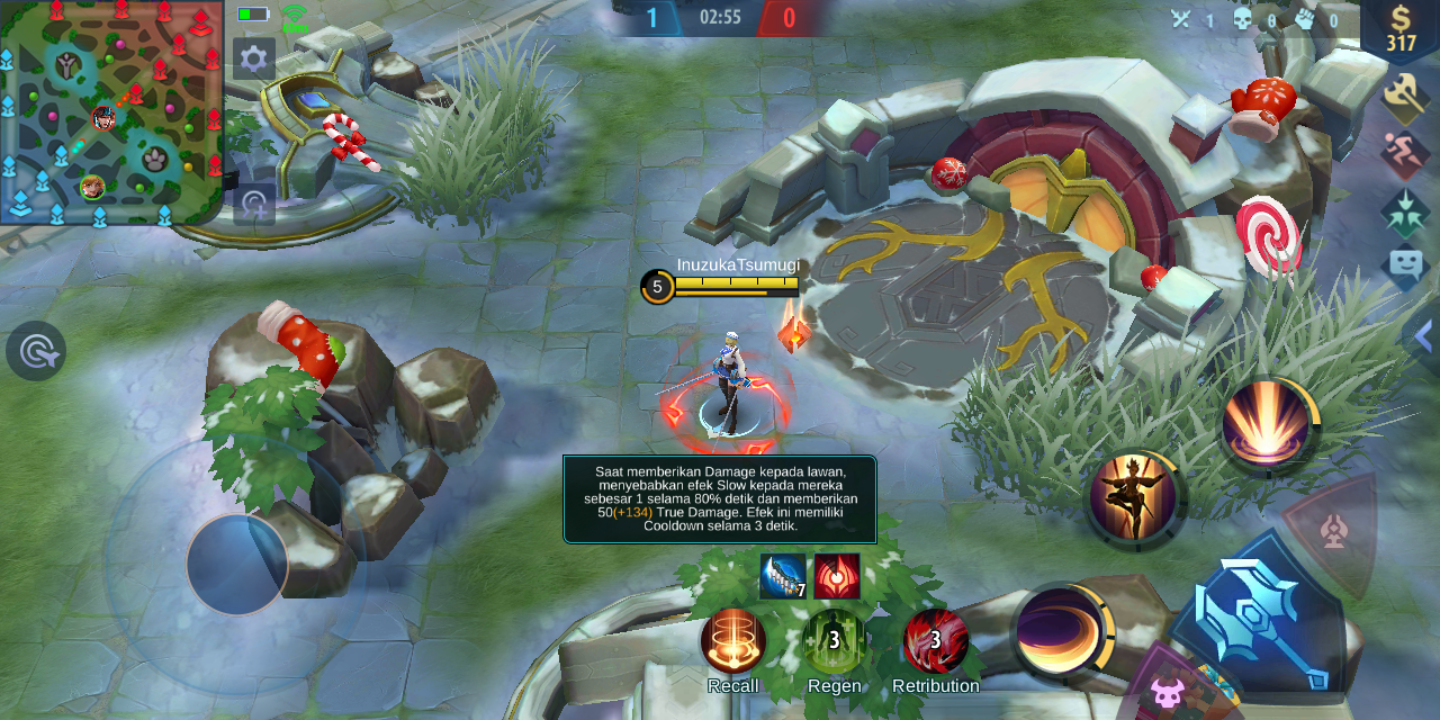 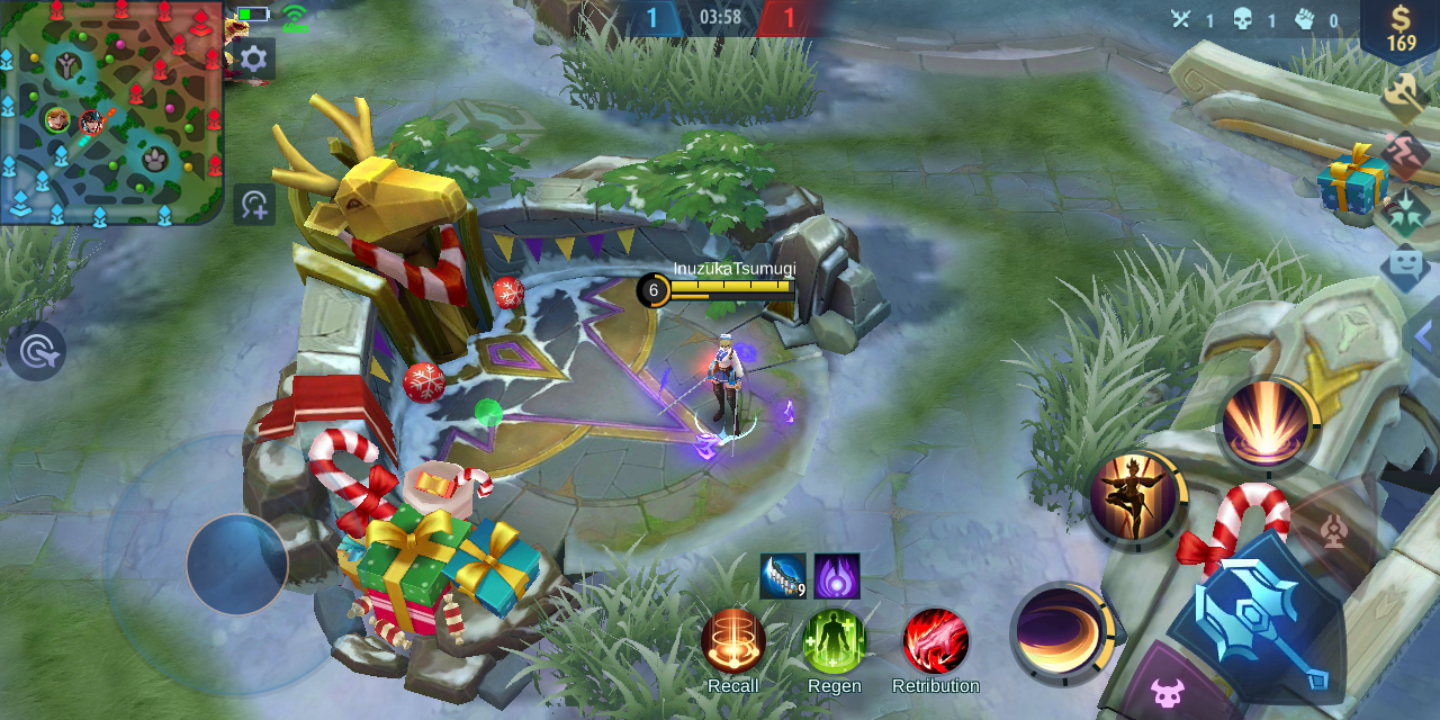 That is some information we can convey about ML’s Latest Jungle Change on this occasion, what do you think? Now Mobile Legends is more HD than before.

That’s all we can say, and don’t forget to follow our official Instagram on Esportsku (@ esports.ku) to get other latest information about Mobile Legends games and other latest games. Thank you and good bye!