Silvanna not only gets a starlight skin in October 2022. This hero will also get a significant buff in the coming months. Then will Silvanna become one of the meta heroes in Mobile Legends?

Silvanna is one of the most beautiful fighter mage heroes. Even so, this one hero has excellent disabling abilities. So besides having a formidable ability as a fighter, Silvanna also has a deadly attack.

Just imagine, whoever is affected by Silvanna’s Ultimate ability, the hero cannot escape from his attacks. Silvanna’s own skills are quite similar to Guinevere’s where these two fighter heroes have excellent initiator abilities.

On this occasion we will provide the buff information given by Moonton to Silvanna’s hero in Mobile Legends. Having a significant increase in abilities, Silvanna will certainly become one of the meta heroes in October 2022 as well as at the beginning of Season 18 of Mobile Legends. 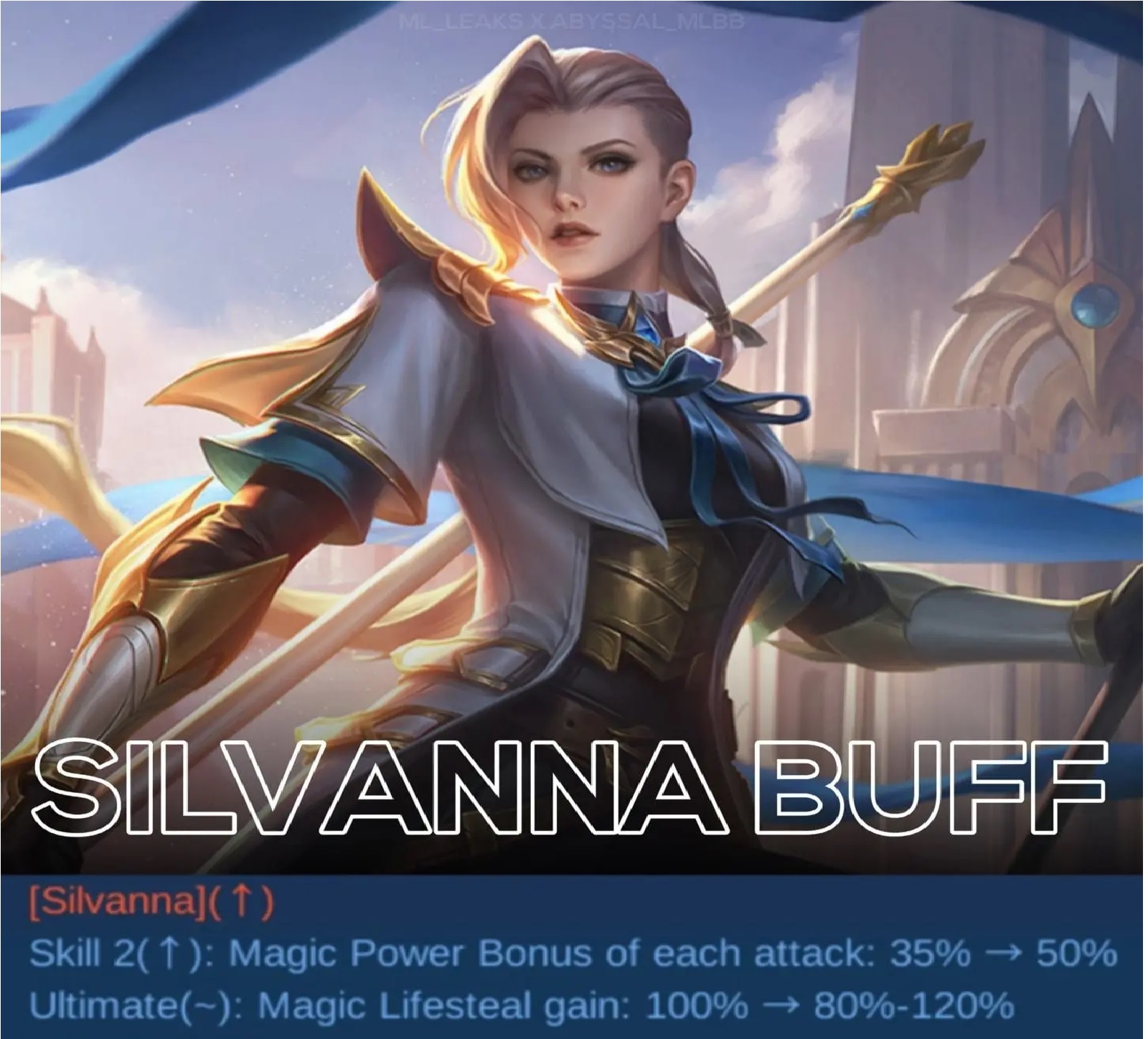 Silvanna will get a significant buff in the latest update on Mobile Legends. In addition, this fighter hero will get a starlight skin in October 2022. This hero will also get a buff that makes him even stronger now.

The first buff is given to his second skill where Silvanna will attack the opponent with a spear like a drill to the front. When hitting an opponent, the attack will provide damage and bonus Magic Power of around 30%.

Now in the latest buff, the attack has now been increased from 30% to 50%. That means if Silvanna has 100 Magic Power, then Silvanna will get 50 Magic Power as a bonus. Not only that, the effect will also be even more, if Slivanna has obtained the full item.

Whereas in the ultimate skill there is an adjustment that will make Silvanna even stronger in the Late Game. When activating ultimate. Silvanna will get a Magic Lifesteal of 100%. To 80% – 120%. That way, Silvanna will be very strong in the team fight in the late game.

With this update, Silvanna has become one of the stronger heroes in the late game. This one hero will be the key point for your victory in Mobile Legends.

By targeting opponents with excellent sisable abilities, as well as providing excellent finishing attacks, Silvanna will become one of the meta heroes in Mobile Legends.

So that’s all about the latest buff given to Silvanna’s hero in Mobile Legends. Hopefully this review can be useful especially for those of you who are Mobile Legends gamers.